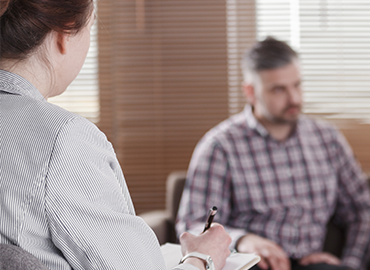 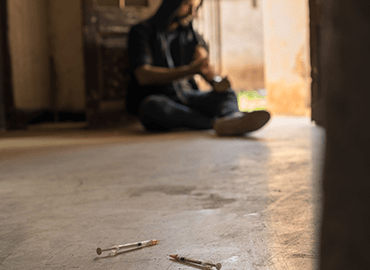 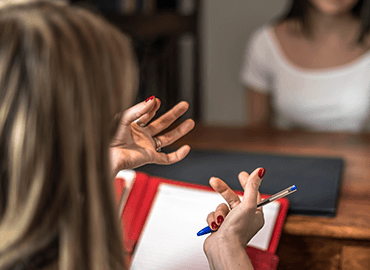 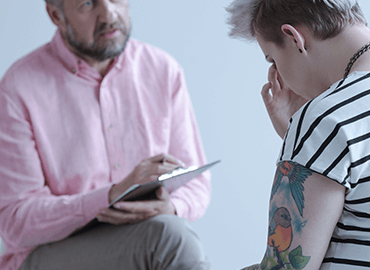 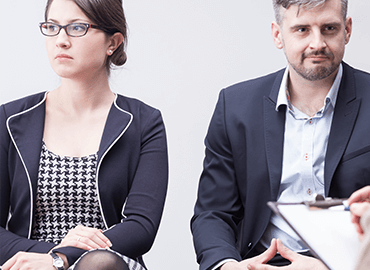 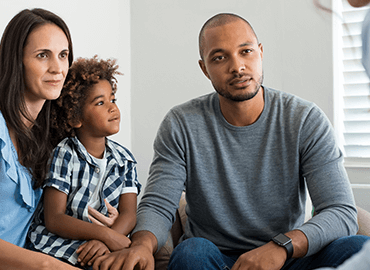 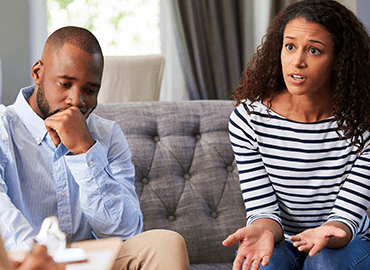 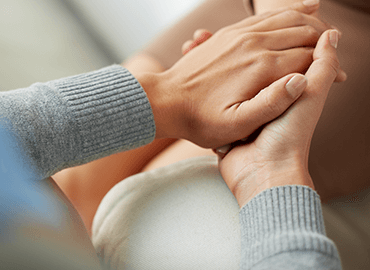 It is a chronic condition including attention difficulty, hyperactivity, and impulsiveness.  This condition affects both children and adults, but more often than not, begins during childhood. There is no cure for ADHD, but behavior modifications and/or medication make the disease extremely manageable. Like many mental illnesses, the earlier the diagnosis, the better the prognosis.

Everyone experiences anger at some point in their lives. Even young babies display anger when their needs are not instantly met. It is a completely normal, usually healthy, human emotion. However, some people cannot control their anger. It gets out of control and turns destructive, where it can lead to problems, whether at work, at home, or both, thereby affecting personal and professional relationships and causing overall life issues. The goal of anger management is to reduce both your emotional feelings and the physiological arousal that anger causes. You can’t get rid of, or avoid, the things or the people that enrage you, nor can you change them, but you can learn to control your reactions. Learning what you can and cannot control is one major step to learning to deal with your anger issues.

In today’s society, you would be hard pressed to find anyone without some level of anxiety. Occasional anxiety is a normal part of life. Between work, school, relationships, and just daily decision making, anxiety is something that occurs when your body physically reacts to the issue at hand. The chemical release of hormones into your bloodstream is meant to help you with your problem solving abilities. However, there are times when your body reacts too well, and you may be hypersensitive to the reaction your body has. Anxiety disorders involve more than temporary worry or fear. For a person with an anxiety disorder, the anxiety does not go away and can get worse over time. These feelings can interfere with daily activities such as job performance, school work, and relationships. If you find that sleep is being disrupted by constant worrying, you may be suffering from an anxiety disorder. There are many different types of anxiety disorders, but collectively they are among the most common mental illnesses.

Bipolar disorder, formerly referred to as manic-depressive illness, is a complex brain disorder that causes unusual shifts in mood, energy, activity levels, and the ability to carry out day-to-day tasks. It affects about 12.3 million people in the United States and as many as 60 million people worldwide. Symptoms of bipolar disorder are severe and oftentimes sudden. The disease causes mood shifts that go back and forth from mania to depression. There is often no warning that the mood swings are going to occur, and they may last anywhere from hours, days, weeks, or even months. They are different from the normal ups and downs that everyone goes through from time to time. Bipolar disorder symptoms can result in damaged relationships, poor job or school performance, and even suicide. But bipolar disorder can be treated, and people with this illness can lead full and productive lives.

Often occurring in the aging community, dementia refers to the loss of brain function that often presents as loss of memory, reasoning, ability to deal with numbers and patterns, and frequent mood swings for unknown causes. While the underlying cause of dementia may or may not be treatable, there are ways to help both the patient and the caregiver deal with the disorder. It is important to note that dementia is not a disease, but rather a series of symptoms that are pointing to an underlying problem. People who suffer from dementia often become depressed and may require medication to help deal with the loss of mind functions. Certain medications, if the dementia is caught early enough, may be able to slow the progression of the disease causing the dementia.

Depression is a mental illness marked by feelings of profound sadness and general malaise. This lack of interest in activities and daily living interferes with the ability to function and live. Both physical and emotional symptoms can be brought on by depression. People who suffer from depression usually need some form of treatment through either talk therapy, medication, or a combination of the two. This mental illness is more common in females. If left untreated, the condition can manifest and continue to increase in severity.

Luckily for some people, the human brain is capable of protecting its “owner” from serious trauma. One way it does this is by something called dissociation. This is a process that causes a lack of connection in a person’s thoughts, memory and sense of identity. Mild dissociation would be like daydreaming, getting “lost” in a book, or when you are driving down a familiar stretch of road and realize that you do not remember the last several miles. This is common and has happened to almost everyone. A severe and more chronic form of dissociation is seen in the disorder Dissociative Identity Disorder, once called Multiple Personality Disorder. When the disease reaches this level, it is usually the result of a childhood trauma so intense that the brain “splits”, creating at least two different personas. Once thought to be untreatable, scientists now have developed treatment options which allow patients to recover and lead productive lives with the help of psychotherapy and medication.

Anorexia Nervosa is an eating disorder which has three distinct characteristics. The patient has a refusal to maintain a healthy body weight, an irrational fear of gaining weight, and a distorted self body image. Bulimia Nervosa is also an eating disorder, but instead of starving, the patient usually binges, fasts, and exercises to excess. Both disorders interfere with the quality of the patients life, and, if left untreated, can prove fatal. Treatment for the diseases can include life-saving interventions such as feeding tubes and prolonged hospitalization. Therapy and/or medication will help patients continue to progress in an outpatient setting

Grief counseling is a form of therapy that aims to help people cope with grief following the death of a loved one, or with major life changes that trigger feelings of grief. Grief is associated with feelings of sadness, guilt, regret, and hopelessness, among others. Some people may experience a sense of meaninglessness, and others can feel a sense of relief, depending on the situation surrounding the death. Emotions are often surprising in their strength or mildness, and they can also be confusing, such as when a person misses a painful or destructive relationship. There is no right or wrong way to experience grief, though some thoughts and behaviors after a loss can be more helpful or safe than others. There also is no correct time frame for grieving; it takes as long as it takes to overcome the grieving process.

Living in a society where over 50% of all marriages end in divorce, there is no reason to wonder why marriage counselors are so busy today. Couples seek out counselors for a variety of reasons, some before a significant life changing event occurs so they can better deal with their day to day issues, while other couples wait until a disaster occurs and then seek the help of a therapist to try and put their marriage back together. An active therapist who creates a structured process will respect each of your individual viewpoints and will nurture and support your growth as a couple.
With the help of a skilled marriage counselor or couples therapist, you can learn new, more effective ways to speak and listen to each other. If you are stressed out, you can learn to carve out a nurturing, pleasurable space for each other in the midst of your busy week. You can find out how to transform your arguments into opportunities to manage conflict and work as a team. If you’re dealing with fertility treatments, get the support you need — and learn how to support each other. If there doesn’t seem to be “room” for different points of view in the relationship, you can discover new ways to accommodate individual needs. After an affair, you can work toward healing the hurt and rebuilding commitment and trust. Most of all, you will learn to recognize what makes things go wrong, change the old patterns, and create the intimate, loving relationship you want. New pathways of communication will be formed and, hopefully, will be lasting so you may continue what you learn in therapy and utilize the skills in your day to day life.

Resources:O’Connor, Maureen. “Is the First Date Too Early for Couple’s Therapy?” http://nymag.com/thecut/2015/04/#

Formerly thought to be a form of severe anxiety, obsessive compulsive disorder (OCD) is now recognized as its own unique mental illness. People with OCD are plagued by recurring and distressing thoughts, fears, or images (obsessions) they cannot control. The anxiety (nervousness) produced by these thoughts leads to an urgent need to perform certain rituals or routines (compulsions). The compulsive rituals are performed in an attempt to prevent the obsessive thoughts or make them go away.
Although the ritual may temporarily alleviate anxiety, the person must perform the ritual again when the obsessive thoughts return. This OCD cycle can progress to the point of taking up hours of the person’s day and significantly interfering with normal activities. People with OCD may be aware that their obsessions and compulsions are senseless or unrealistic, but they cannot stop them.

A serious disorder in which people confuse fantasy and reality. They have a hard time distinguishing between what is imaginary and what is real. Some people suffering from schizophrenia hear voices, although not all do. Contrary to what is popular opinion, this is not split personality disorder, nor is it usually a cause of violence. Most schizophrenics can go many years symptom free, provided they maintain their medication schedule